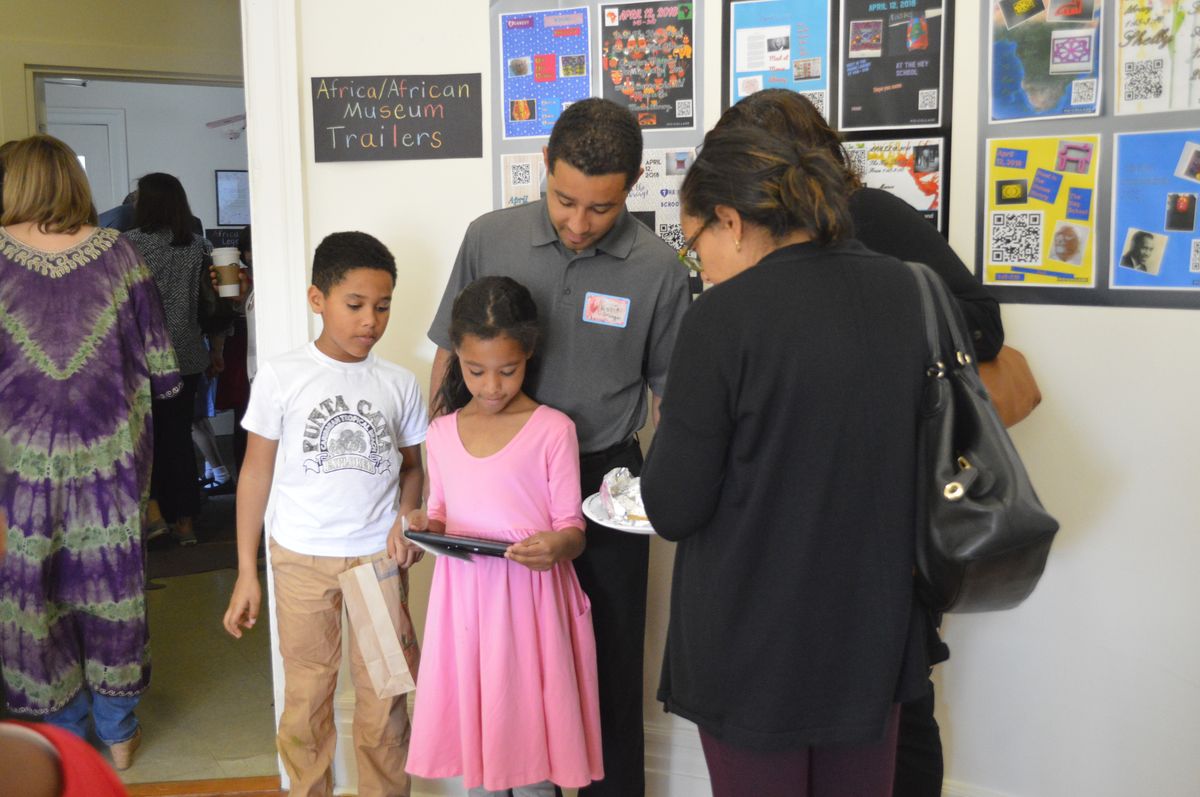 After a three-month, in-depth unit on Africa and African-Americans, the 3rd graders celebrated with their second annual Africa/African American Museum Presentation. In February, they began their Africa Unit by studying the various tribes and cultures of the continent of Africa. In addition, they read Venture for Freedom, the story of a Ducandara tribe member who was captured and brought to America on a slave ship, eventually buying freedom for himself and his wife. Students then were introduced to the Underground Railroad and the experiences and accomplishments of Harriet Tubman and other abolitionists. Later, they studied the effects of segregation in U.S. society and learned about the people who fought to change the segregation laws. 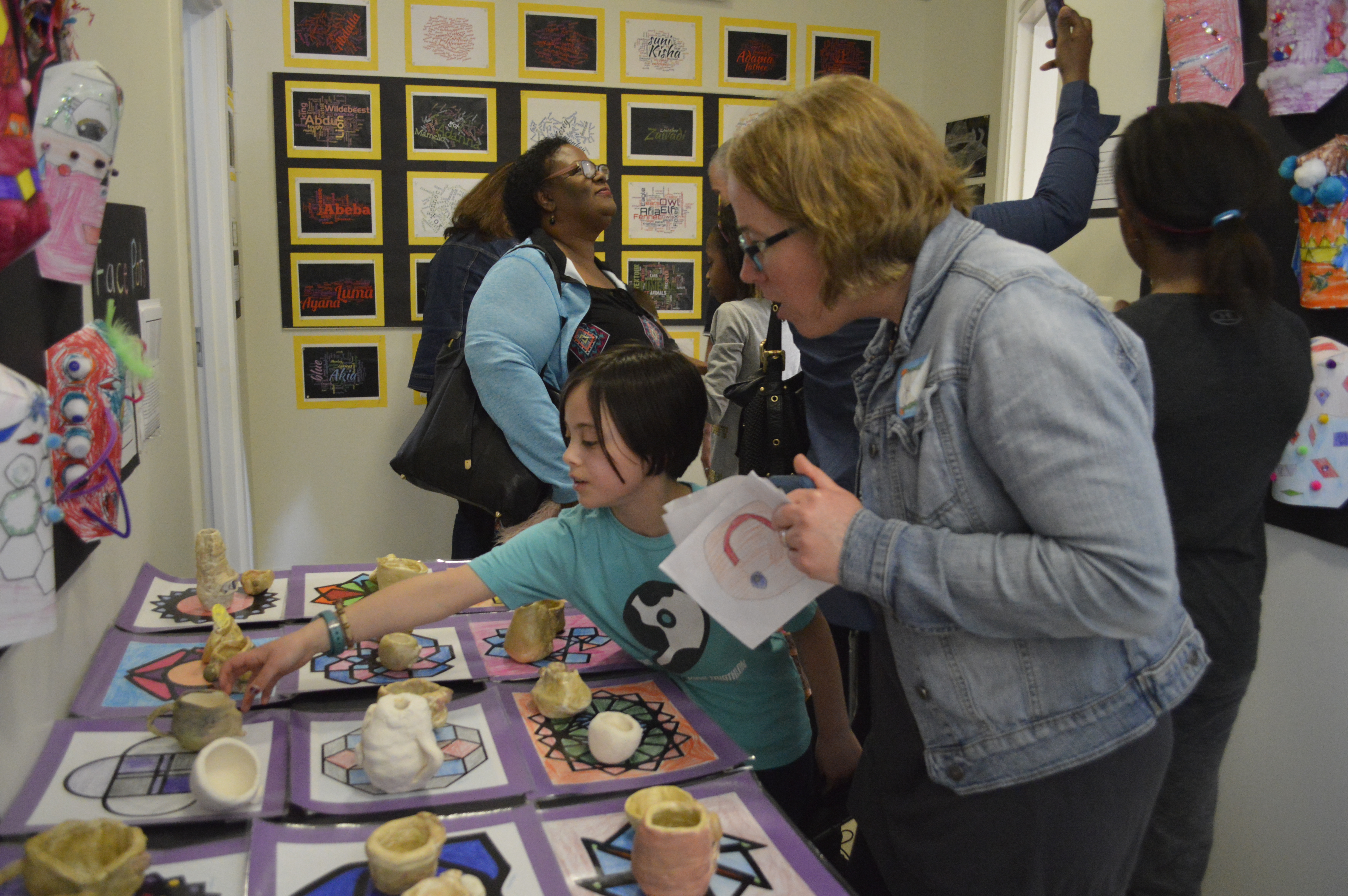 In culmination, the students served as docents for their parents and toured them through three major exhibits. The Biography Exhibit Hall included notable African American biographies that were researched and written by the students as well as a gallery of pastel portraits they created of their notable African American. There was also a scrolling PowerPoint presentation that included famous quotes chosen by the students to represent their person. In the African Tale Exhibit Room, students created original African stories using Book Creator and Drawing Pad, which their parents could then read on an iPad. To complement their stories, the children used the 3D modeling software program Cookie Caster to create animal cookie cutters, with which they made delicious cookies for their visitors. In the Movie Exhibit Hall, each student created an iMovie trailer that highlighted various aspects of their unit studies using Qrafter and PicCollage which parents could then view via a QR code. On the walls, hung face pots, original African masks, and a kente cloth made from fabric squares on which students stamped unique geometric shapes which they created using TurtleArt and Tinkercad. One of the most unique items at the Museum was a freedom "quilt." In the days of the Underground Railroad, quilts with special symbols indicating that a safe house was reached were hung over porch railings. In an homage to that practice, students created 3D squares with unique symbols that were linked together and hung over the stair rail leading to the 3rd grade classrooms. 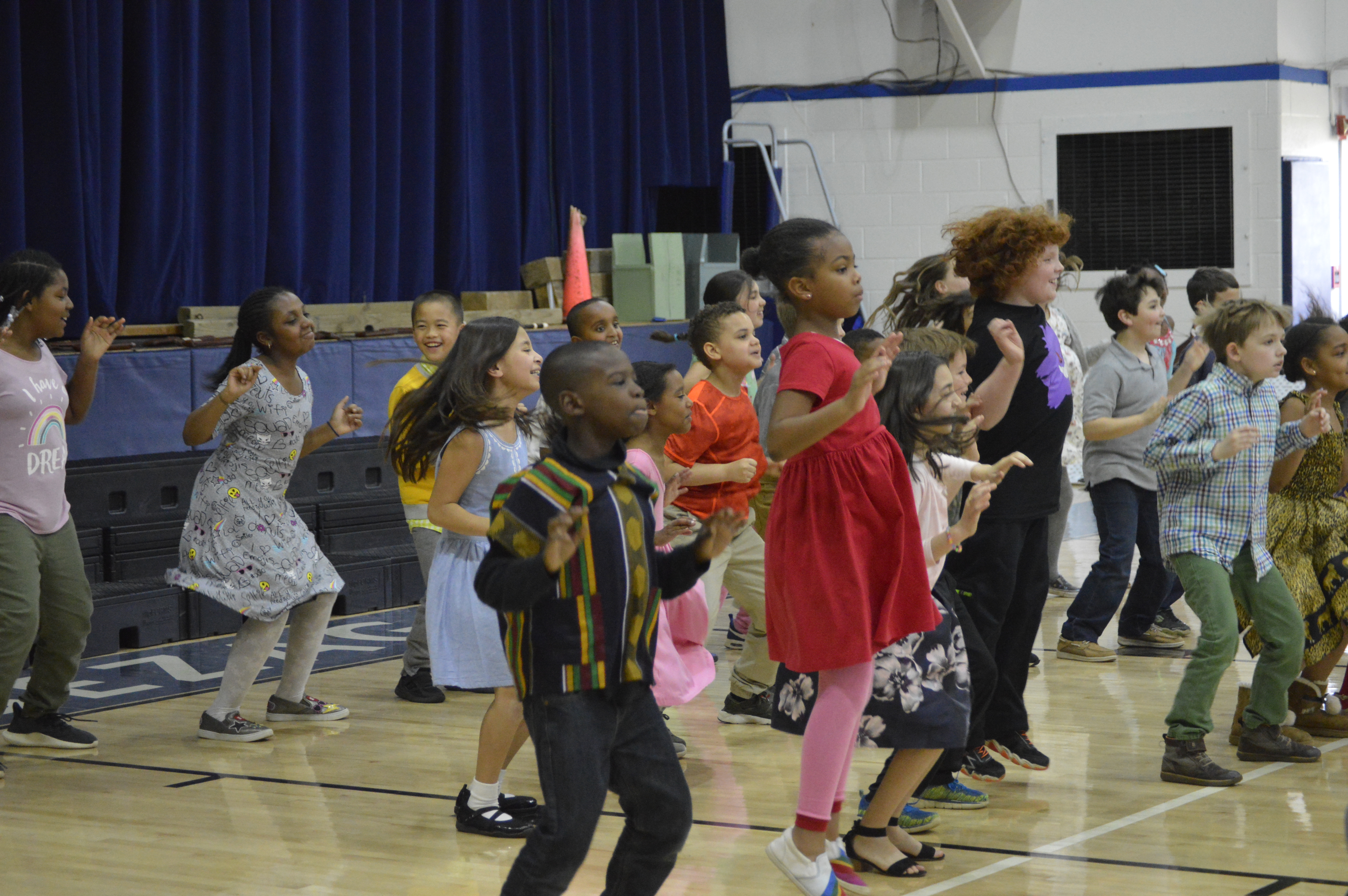 Finally, there was singing and dancing, interactive displays and dioramas as well as artwork that contributed to the richness of the museum. These projects and displays gave the students the opportunity to present to their parents all that they learned in an active and authentic afternoon. View more photos.