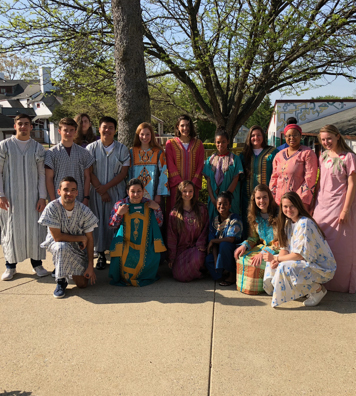 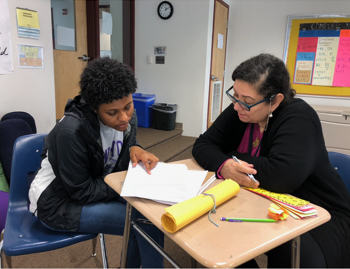 The Arabic language program at Key has grown from its beginnings in 2011 as an Upper School activity with a handful of students to a very popular language option now offering Arabic I, II and III. The mentor of the initial Arabic Activity and current Arabic instructor is Sherine El-Warraki, a parent of three Key alumni who was born and raised in Egypt and holds a B.A. in economics and an M.A. in teaching from the American University in Cairo. Her goal has been to teach not only the more formal language that is spoken in all Arabic-speaking countries--as opposed to the hundreds of national and regional dialects--but also to provide students the opportunity to learn about Arabic culture as well. Under the guidance of Ms. El-Warraki, students sample Middle Eastern food; study various Arab countries' histories and ethnicities; research what Arabic-speaking people find humorous, tragic, valuable, taboo, and much more. Through the Arabic language courses students are exposed to the wide and multi-faceted Arab world, which is hugely important in understanding the world at-large today.