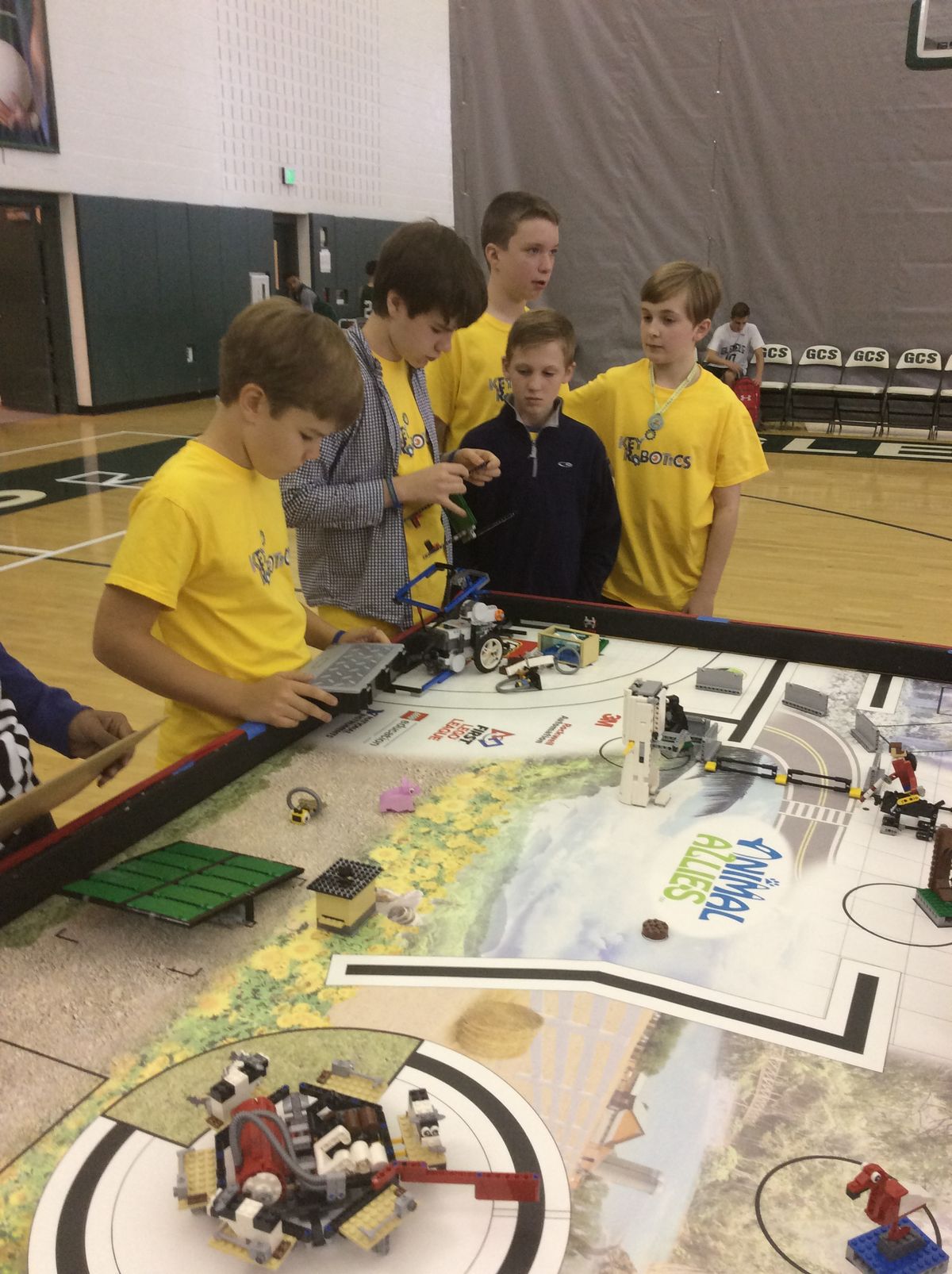 Key's Middle School Robotics participated in the FIRST LEGO League Challenge in December, fielding two competition teams—Trophy Hunters and Irrawaddy—in the regional matchup. The competition comprised three segments: a Research Project around this year's theme of Animal Allies that culminated in a presentation and Q&A before a panel of judges, a Core Values segment designed to assess cooperative spirit, and a Robot Game challenge requiring both problem-solving acumen and facility with coding.

Team Irrawaddy earned first place in Project Design for their plans to design a chicken coop that would be accessible to city dwellers, and will continue on to the State Competition in February. Seeking a way to document new species discovered in the wild, team Trophy Hunters developed a website that would allow any person who thinks they have discovered a new species to log their find in a central database.

Team advisor Cara Riedel said, "It's been amazing to watch them work and grow together this fall. I was so proud of them at the regional competition as they demonstrated terrific knowledge of their project topics, were confident before the judges, collaborative among themselves and with other teams, and exhibited thoughtful problem-solving during the Robot Games."