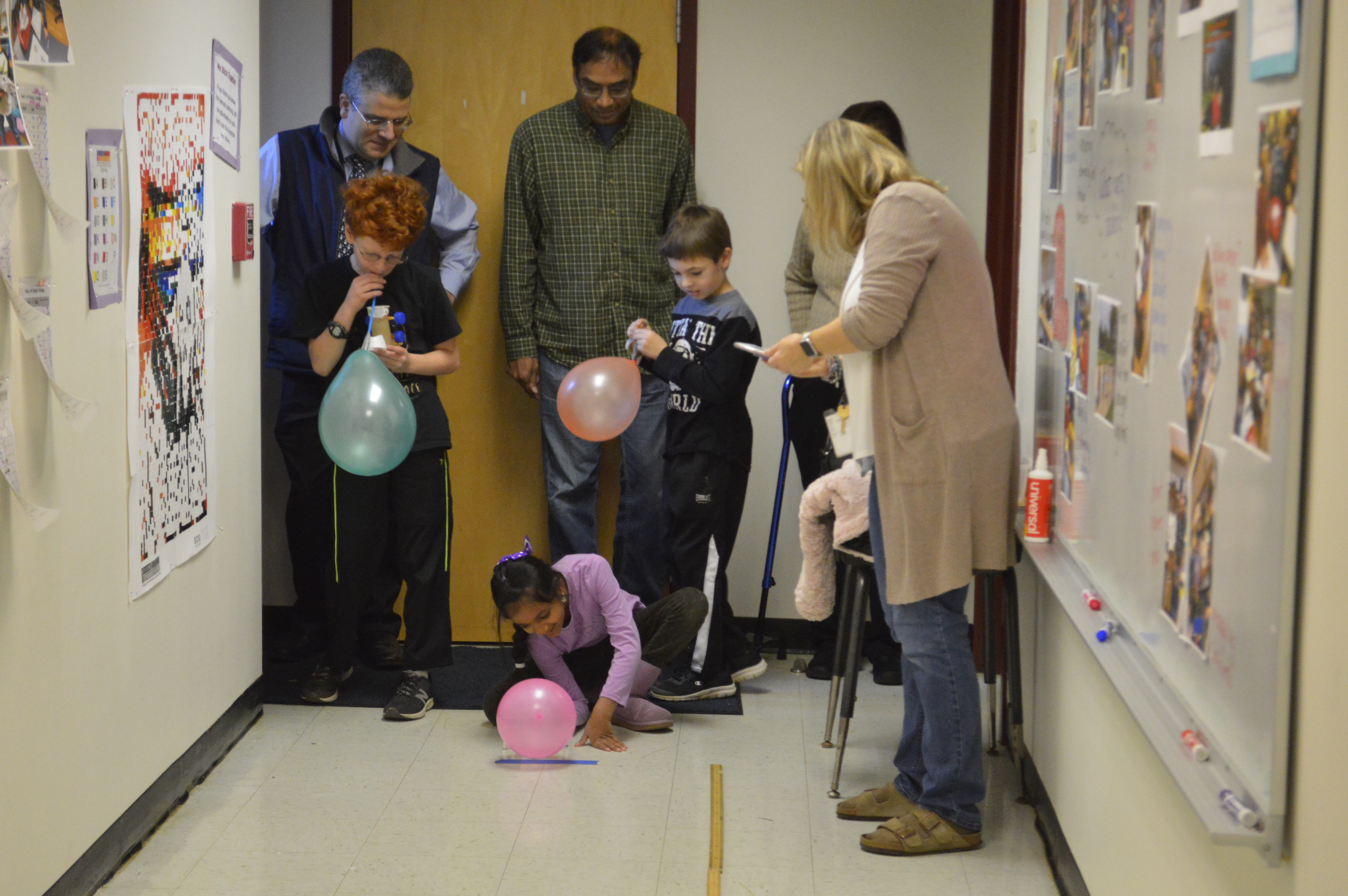 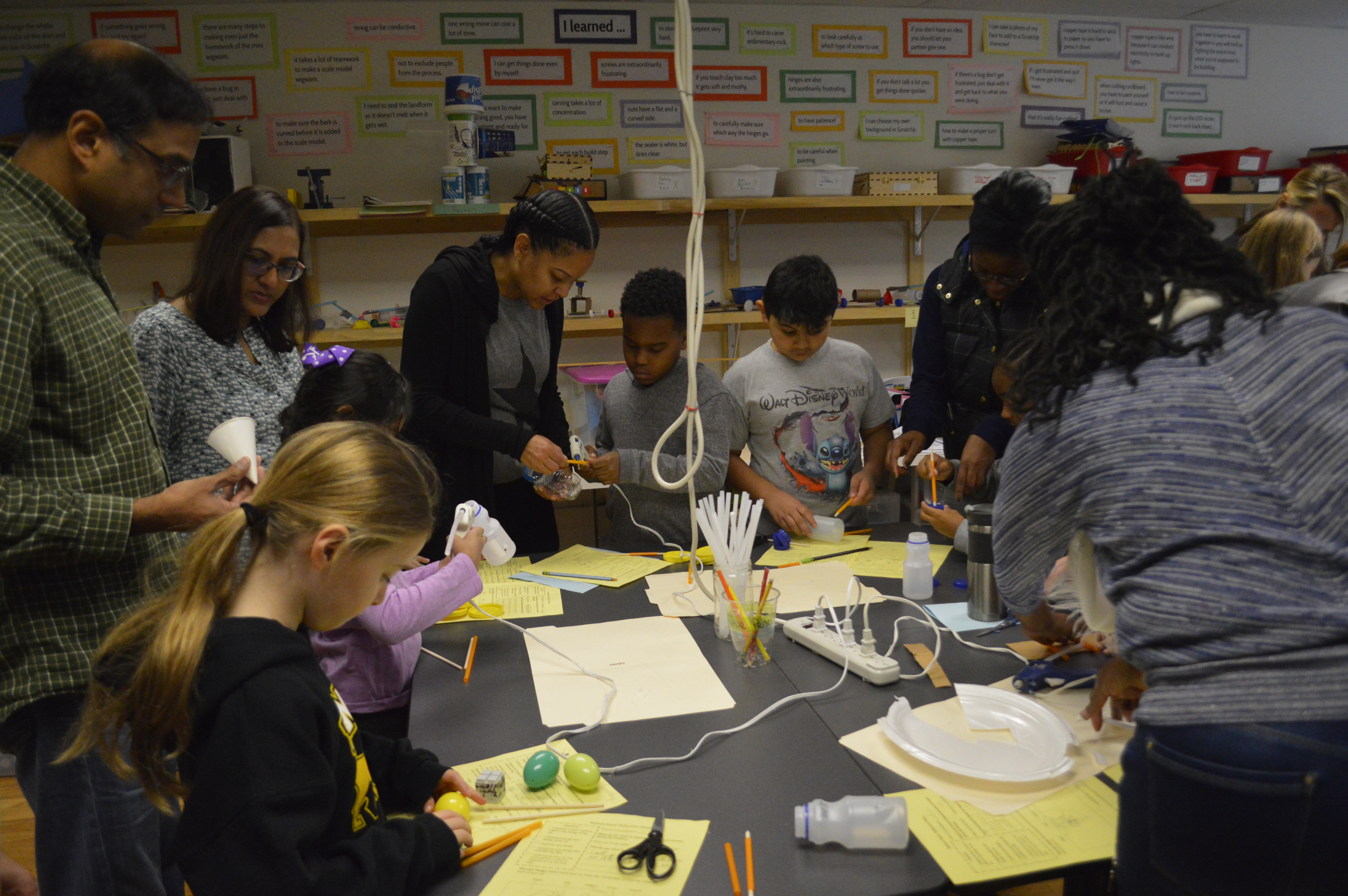 Over the past five weeks, Key’s third graders have been studying the ways in which various forces affect how objects move and working to answer the driving question, “Can we design a race car that moves without touching it?” After testing different ways cars could move without a motor or being pushed, students worked to design and build balloon-powered race cars. The unit culminated with a Design Engineering Challenge during which students built and tested their third prototypes. Parents participated as the “pit crew” and assisted students with assembling their cars and timing and measuring their tests on the track. One student’s car traveled nearly twenty feet. In addition to design balloon-powered cars in science, the students supplemented their study of force in Maker Tech.

While students were designing their cars in science, they continued to study forces in Maker Tech with an exploration of Archimedes’ Principle. To test his principle of how completely or partially submerged objects in a fluid are acted upon by buoyancy force, the students built tinfoil arks and tested how many “animals” (i.e., weights) they could hold before sinking. In keeping with Key’s focus on interdisciplinary teaching, this Maker Tech project tied into their current language arts and social studies unit on the Bible.

After the design engineering and ark challenges, students synthesized everything they figured out about forces and designed and built balloon-powered arks, many of which traveled the length of the four-foot water table.