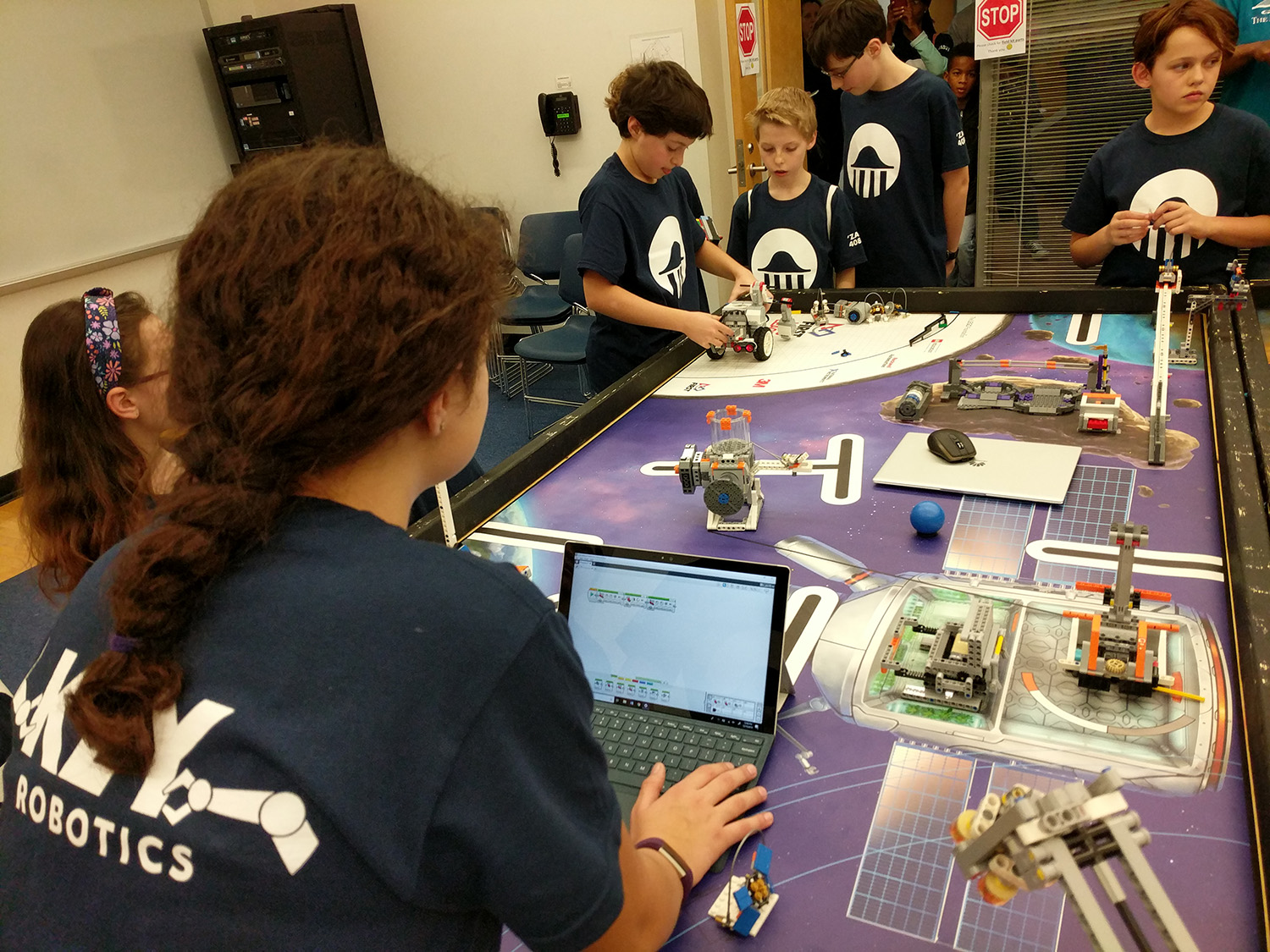 Ten Key students in grades 4-8 took on the FIRST Lego League (FLL) robotics tournament this year, building a robot capable of successfully completing several of the challenges set forth by FLL despite beginning the season with little to no coding experience. 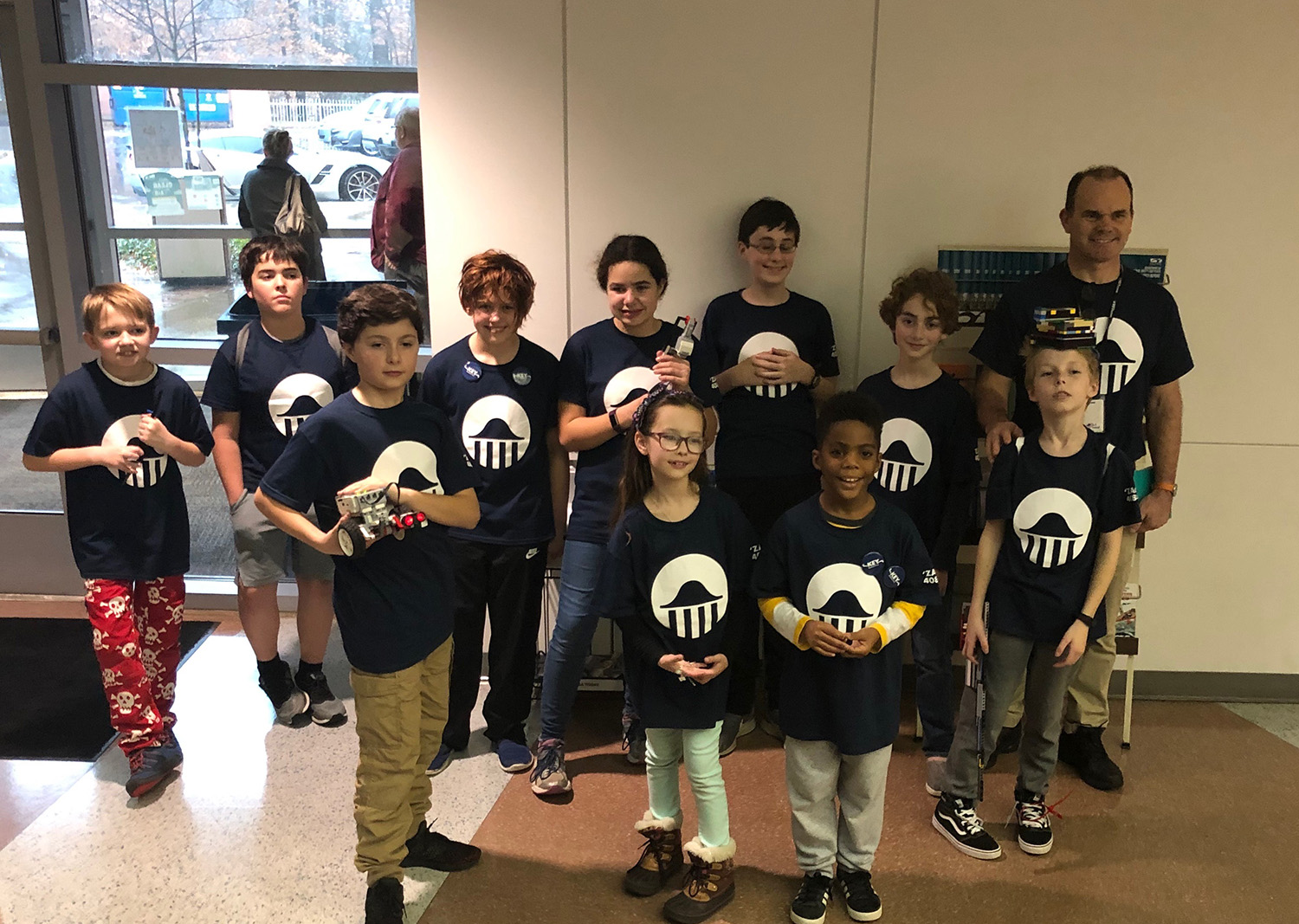 The tournament goes well beyond simply building a robot. Teams are judged in three arenas: robot capabilities, robot design and planning, and research and presentation of a real-world problem relevant to this year's theme, "Into Orbit," featuring missions that take place in outer space. Key's team opted to focus on the problem of space junk and developed the concept of a net that would corral pieces of space junk and send them into Earth's atmosphere, where they would then burn up.

From team advisor and Director of Information Technology and Innovation, Tom Adams, "My goal is to begin building a program for robotics in the Middle School at Key. This includes building, coding, researching, and presenting skills. While our formal competition is over now and we were not one of the three teams chosen to go on to the state tournament, we will continue meeting to lay the foundation of skills for next year. Over the course of this academic year, the team will continue to build on their coding and problem-solving skills in preparation for next year's tournament."