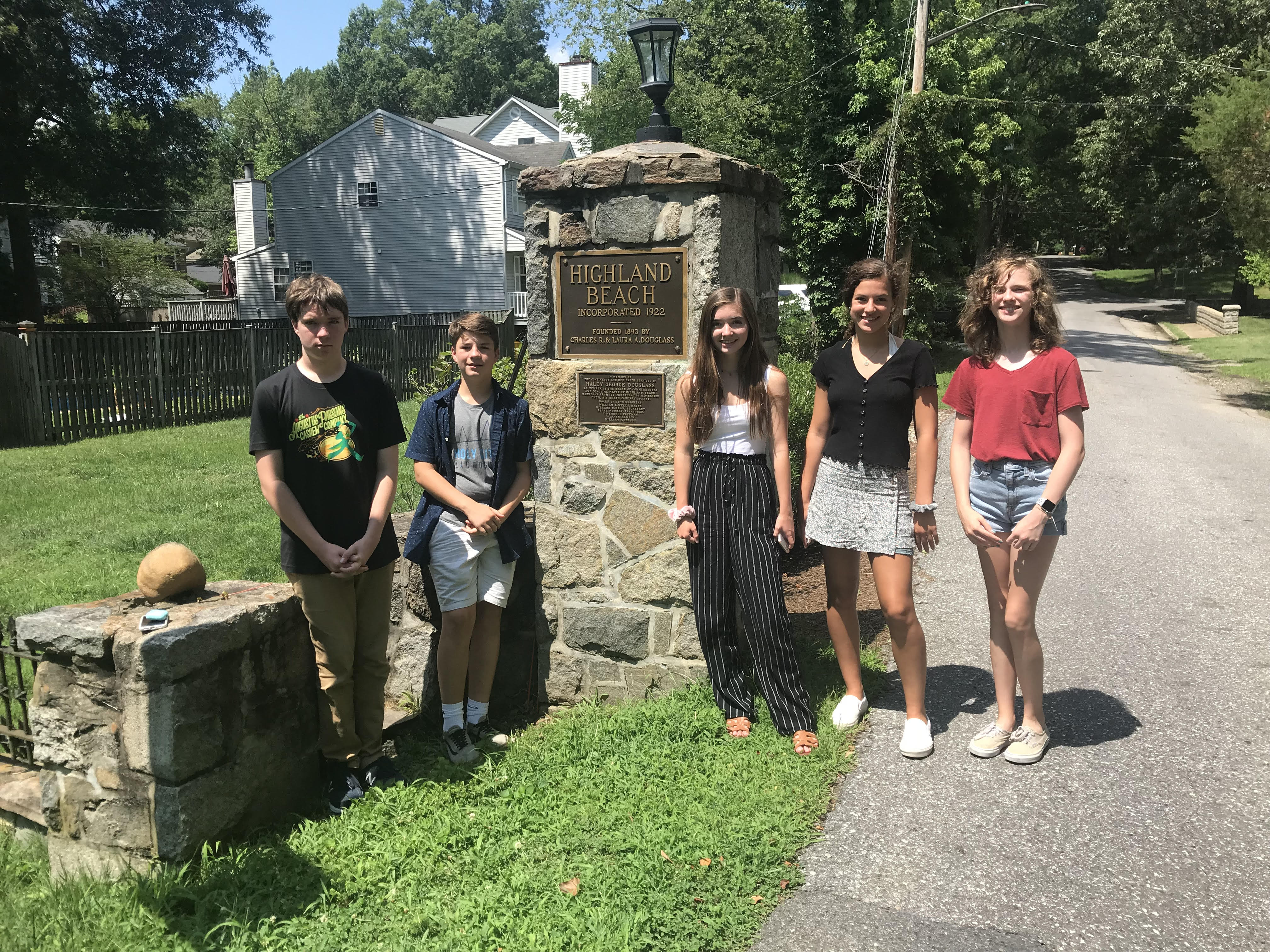 Students enrolled in Summer at KEY’s Podcasting 101 camp created an incredible documentary focused on Annapolis’s Highland, Carr’s and Sparrow’s beaches, which were started by descendants of enslaved people and became safe recreational spaces for black families during the time of segregation.

Taught by Key parent Kara McGuirk-Allison who is a professional public radio and podcast producer, students interviewed an array of local historians including Deena Sewell from the Frederick Douglass Museum at Highland Beach; Jack E. Nelson, co-author of Highland Beach on the Chesapeake Bay: America’s First African American Incorporated Town; Dr. Kathleen Franz-co-curator of the American Enterprise Exhibit at the Smithsonian; Charles Adams III, CEO of the Hoppy Adams Foundation; Andrew W. Kahrl, author of The Land Was Ours, How Black Beaches Became White Wealth in the Coastal South; and Vince Leggett, founder of  the Blacks of the Chesapeake Foundation.

In reflecting on the experience, Ms. McGuirk-Allison said, “This was a rich and complicated story to tell, but the producers, ranging in age from 13-16 managed it with maturity. I think each camper was asked to do something slightly out of their comfort zone, and I’m quite proud of how they conducted themselves. The end result was a professional podcast, and a chance to learn more about our Annapolis history.”