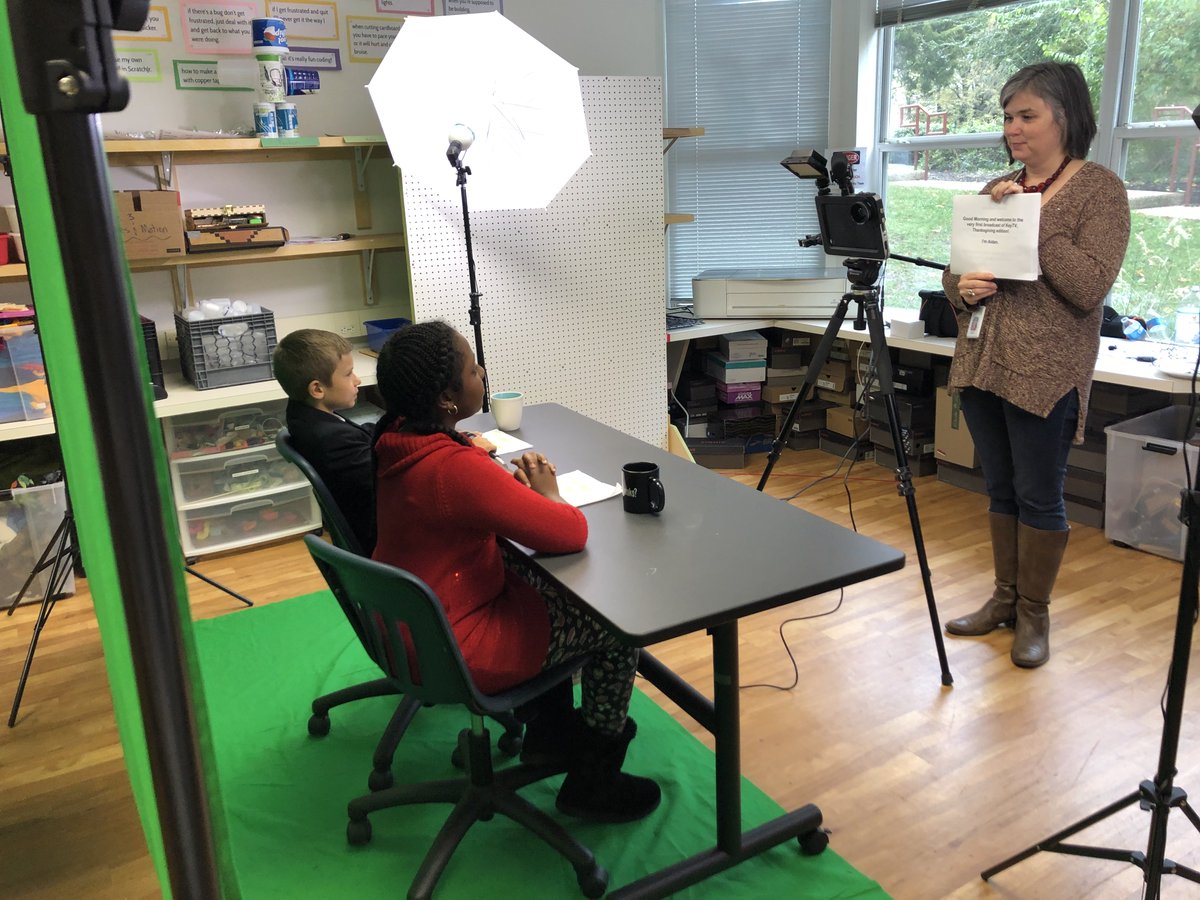 The fourth graders took the lead in producing the first installment of the Lower School’s new project: Key-TV.  The broadcast simulated a news show titled Thanksgiving Reflections, with fourth graders interviewing other Lower School students about their favorite Thanksgiving foods and traditions and what they are thankful for. Producing the news show was half the fun. The studio, which is in the 3rd and 4th grade makerspace, consists of an iPad, a padcaster, lighting, and a green screen. With the help of the padcaster, which is a specialized case that transforms an iPad into an all-in-one mobile production studio, additional footage was shot in the Manse, on the playground, and in the Amphitheater. After all the footage was compiled, the green screen images were inserted and everything was downloaded in iMovie, where the students added  music and titles, and edited the project until their first official installment was finalized.

Key-TV was introduced to the Lower School to give students the opportunity to practice the skills they need to be successful over the coming decades. Tony Wagner, director of the Harvard University Innovation Center, identifies collaboration and communication skills as the most important skills needed in today’s workforce and, in order to contribute in the Key-TV project, students needed to practice working in groups and collaborating orally and in writing to produce the piece from start to finish.

Thanksgiving Reflections debuted at the Lower School Thanksgiving Assembly. There are plans for future editions of Key-TV which will include such projects as the creation of PSAs and monthly events broadcasts. In addition to appearing on screen, students will storyboard, write scripts, film, and edit the videos. Take a look at this amazing project!